Surprising Slovenians Finish Second in Group B With Win Over Slovakia

February 17, 2018 / NationalTeamsOfIceHockey / Comments Off on Surprising Slovenians Finish Second in Group B With Win Over Slovakia 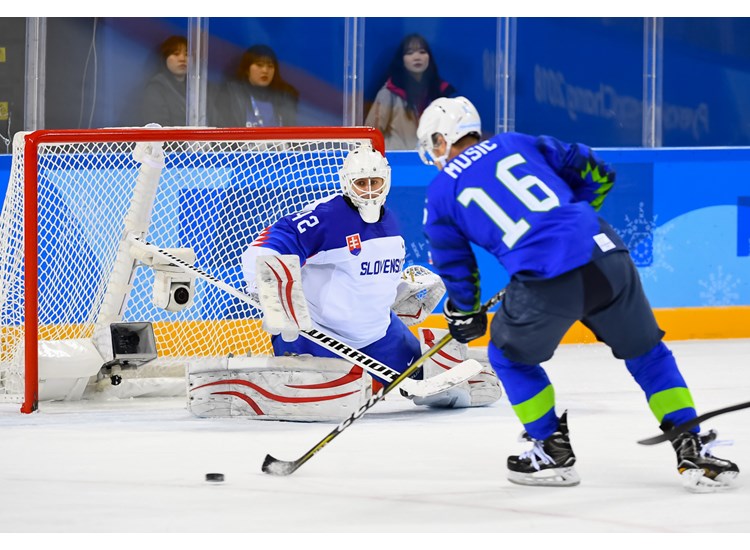 Slovenia, a team that won’t even be at the top World Championship tournament in May, has finished second in Group B action in the round robin at the 2018 Olympics after defeating Slovakia 3-2 on Saturday evening.

Despite no goals getting scored in the first period, Slovenia wasted little time finding the back of the net in the middle stanza. Exactly one minute into the period, Blaz Gregorc after sending home a blast from the point after taking a feed from Jan Mursak, making it 1-0 for Slovenia.

Slovenia was expected to be one of the weaker teams in the tournament, but after beating the United States on Wednesday, they knew anything was possible. Still, there likely weren’t many people who predicted that they would take a 2-0 lead over Slovakia early in the second, even though Slovenia beat the Slovaks for their first ever Olympic victory back in 2014. At 4:16 in the second, Anze Kuralt doubled Slovenia’s lead when he tipped in Mursak’s shot in front of the net, re-directing it past Branislav Konrad to edge Slovenia further ahead.

The Slovaks, however, wouldn’t leave the second period without a goal themselves. At 15:43 in the period, Milos Bubela tipped in a Peter Ceresnak shot on the power play, beating Gasper Kroselj with the best scoring chance of the period for Slovakia to make it 2-1 heading into the second intermission.

Slovakia would tie it up early in the third period to make things more interesting. This time, Marcel Hascak made it 2-2 after sending a pass from Dominik Granak past Kroselj, knotting the contest up at two goals each.

For the second time on Saturday, a game in South Korea would require a shootout. Slovenia’s Rok Ticar and Ziga Jeglic would score one goal each in the skills competition, lifting Slovenia to their second straight win against Slovakia and give them second place in Group B behind Russia in the process.