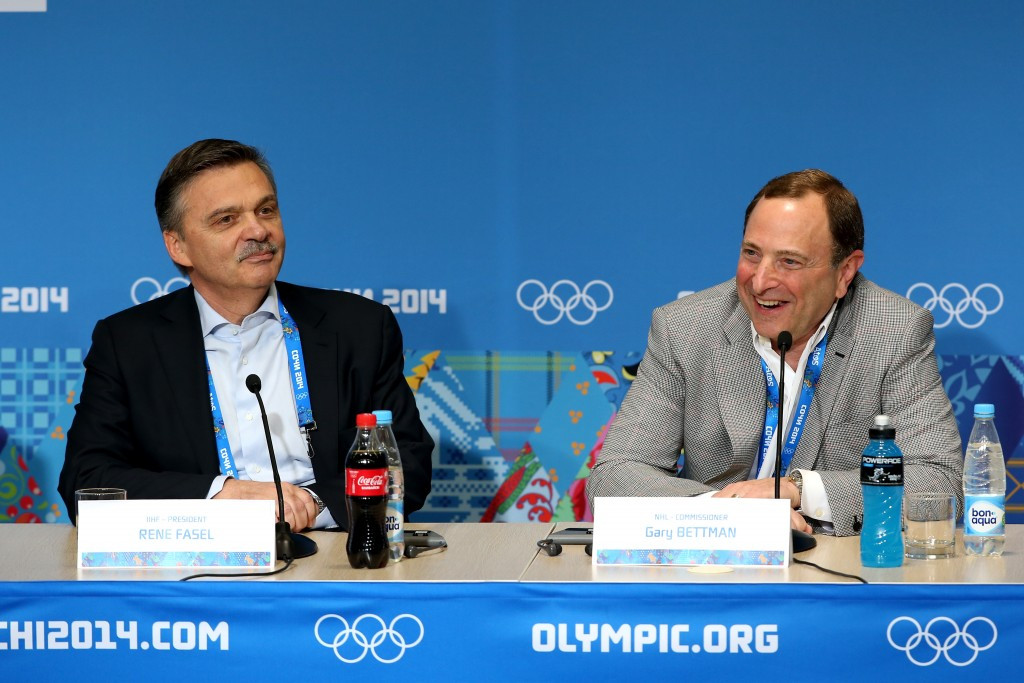 By Nick Butler – Inside the games

National Hockey League Players’ Association (NHLPA) representatives have agreed to pay an inspection visit here later this month in what is being hailed by the International Olympic Committee (IOC) as a major “step forward” towards their participation in the 2018 Games.

Top players from the world’s leading league have appeared at every edition of the Games since their debut at Nagano 1998, but discussions have stalled in the last year after the IOC reduced the amount of financial support they were prepared to offer.

Fasel admitted to insidethegames in April how reaching a deal was “even more difficult” than before, and claimed during the recent World Cup of Hockey that  prospects remained “50-50”.

Others, however, remain optimistic considering there is still a broad desire to participate among almost all parties.

“A NHL technical inspection visit will take place at the Gangneung Hockey Centre towards the end of October.

“We consider this a big step forward ahead of the January 15 deadline to find an agreement.”

But Fasel, who later clarified it was the NHLPA rather than the NHL who would be visiting, appeared less hopeful while praising Pyeongchang 2018 for the logistical help that they are providing.

Dubi, like Fasel, has also opposed suggestions that the IOC would allow the NHL to skip Pyeongchang before returning to appear at the Beijing 2022 edition.

NHL Deputy Commissioner Bill Daly claimed last month that this “hadn’t been ruled out as a possibility” due to the greater commercial incentives provided by the Chinese market.

“We definitely always strive to have participation of the best athletes,” Dubi added.

“This applies to both Pyeongchang and Beijing.”

It is still not clear who will foot the transportation and insurance expenses, which Fasel estimates will come to around $10 million (£7 million/€9 million) due to the long flights involved.

The Swiss official suggested in Toronto, however, that he will personally lobby the sporting and ice hockey community in order to raise costs himself.

“I will go everywhere and anywhere to beg for the money,” he told Associated Press.

A further meeting between the IIHF and the NHL was expected to take place in November, but it appears possible it could now be held during the inspection visit.

Q & A With The First Iranian Female Ice Hockey Player