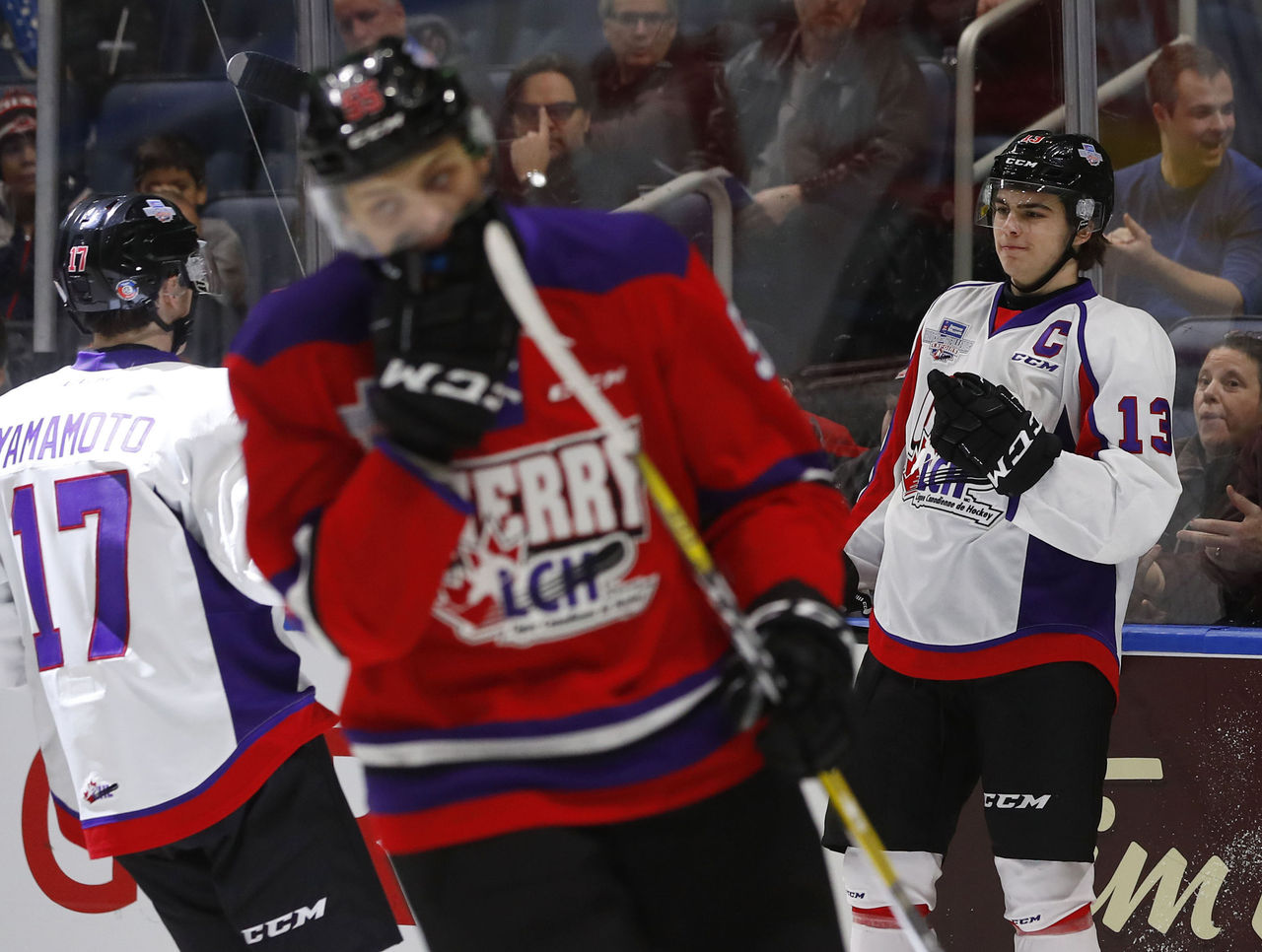 By Justin Cuthbert – The Score

Nolan Patrick got his hands on the trophy in the end, but it was No. 2 ranked North American skater Nico Hischier who had scouts, pundits, and fans alike buzzing after the CHL/NHL Top Prospects Game in Quebec City.

Hischier scored a gorgeous breakaway goal off a Patrick turnover with a silky backhand move and also added two assists to take top player honors in a losing effort for Team Orr.

He outshone the presumptive No. 1 NHL draft choice with a dynamic offensive showcase, though Patrick, the captain for Team Cherry, did have a productive outing, collecting two assists and impressing physically.

Hischier, a Halifax Mooseheads center, has picked up momentum throughout his draft season. He scored four goals and seven points in five games at the World Junior Championship, and U.S. coach Bob Motzko labeled Hischier the best player his gold medal-winning side faced in the tournament after he nearly willed Switzerland past the Americans in the quarterfinal.

The New Key to Success for Puerto Rico