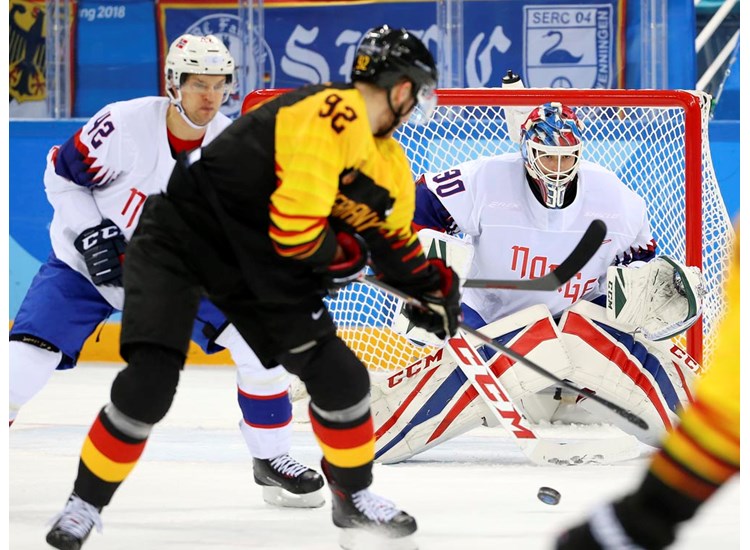 The final day of round-robin action in South Korea began with an overtime victory for Germany, defeating Norway by a score of 2-1 on Sunday.

Norway had 31 PIM by the time had hit the 30-minute mark of the period, meaning the team that had just one goal coming into the game would spend a good chunk of Sunday down a man. At 12:53 in the second, just as a penalty to Norway was coming to a close, Patrick Hager made his opponents pay by scoring on his own rebound, tapping in the puck past Lars Haugen in close to make it 1-0 for the Germans.

The second period was highlighted by a controversial hit by Norway’s Tommy Kristiansen. Kristiansen, one of the most physical players to ever represent his nation in international hockey, was ejected after a hit to the head of German blueliner Sinan Akdag.

Alexander Prince Fredrik Ramprecht Reichenberg has gotten some attention for having one of the best names in the Olympics, but he also became popular for scoring Norway’s second goal of the tournament. Just seven seconds after his team won a faceoff in the offensive zone in the third, Reichenberg placed a perfect shot under the glove arm of Danny aus den Birken, tying the game up for Norway at 45:19.

The game would require shootout to decide the victor, the third time that has happened in a 24 hour span. Three German forwards would find the back of the net in the skills competition, but it would be Hager who would score the one that counted, giving his country the 2-1 victory.

Both Norway and Germany will wait to find out their qualification round placements for when the tournament returns to action on Tuesday, with Norway still in search of their first victory of the tournament.