For Some N.H.L. Players, a Welcome Shot at Olympic Qualifying

September 1, 2016 / NationalTeamsOfIceHockey / Comments Off on For Some N.H.L. Players, a Welcome Shot at Olympic Qualifying 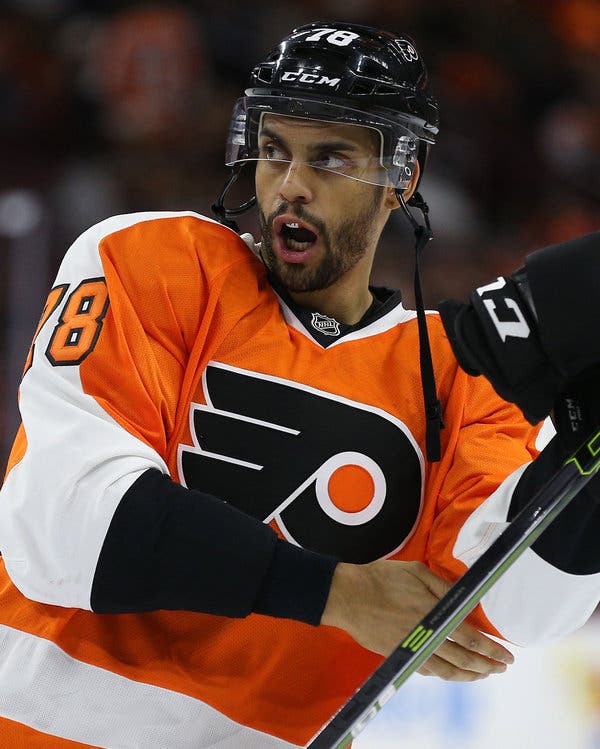 Less than two weeks after the closing ceremony at the Rio Olympics, the 2018 Pyeongchang Winter Games are the last thing on the minds of most people.

But for the French hockey player Pierre-Eduoard Bellemare, they are all he can think about this week.

“I didn’t dream of being an N.H.L. player when I was growing up,” said Bellemare, a 31-year-old defenseman who made his N.H.L. debut two years ago with the Philadelphia Flyers. “The only thing I knew was the Olympics, and I dreamed of playing for the national team and being one of the best players in my country.”

Bellemare’s problem is that France has not qualified for the Games since 2002. But he and his teammates — and teams from 11 other countries — will get a chance to claim a place this week, when the International Ice Hockey Federation holds three qualifying tournaments for the final spots in the field for the Pyeongchang Games.

The three-game round-robin tournaments run from Thursday through Sunday. Belarus, Slovenia, Denmark and Poland will play in Minsk, Belarus; Latvia, Germany, Austria and Japan will play in Riga, Latvia; and Norway, France, Kazakhstan and Italy will play in Oslo.

The winners of each group will complete the 12-team field for Pyeonghcang, joining the nine teams that have already qualified for the tournament: Canada, the United States, Sweden, Finland, the Czech Republic, Switzerland, Slovakia, Russia and the host country, South Korea.

But it is only because of a scheduling change that 26 N.H.L. players representing eight countries will get to take part in qualifying this year. Until this Olympic cycle, the qualification tournaments had always been held in February, which meant N.H.L. players were not available to participate. When the I.I.H.F. moved the tournaments to September, it opened the door for professionals playing in North America to compete.

The German defenseman Christian Erhoff, a 12-year N.H.L. veteran and three-time Olympian, has had a short summer of training after playing at the world championship in May. But like Bellemare, he said he would not have missed the Olympic tournament. Germany missed the Sochi Games — the first time it had failed to qualify for the Olympics since 1952 — and is eager to return.

“There was no question about playing,” Erhoff said. “We need to make the Olympics to get German hockey going in the right direction. The Olympics are the biggest spotlight for our sport in our country, and we need to be there and take the opportunity to push German hockey ahead.

“Our federation is not very rich and we need all the money we can get and the Olympics are a big part of that. If you don’t participate, you don’t get the money from the state and the sponsors, so there’s a lot more than pride at stake for us. This affects the future of German hockey and the ability to develop new players.”

Tobias Rieder, a 23-year-old wing for the Arizona Coyotes, was among the young players who missed out on Sochi. He had already played eight times for Germany at the junior level when it failed to qualify for the Olympics, and he said he had hoped that he would have the chance to help Germany make it back in Pyeongchang. But since he was preparing for his first professional season with Arizona, it took the scheduling change to September to make that happen.

“Watching the Olympics in Rio was awesome, and, obviously, you want to be part of that,” Rieder said. “I remember when they lost a game at the qualification tournament and didn’t make it to the Olympics. We want to do better and get back there. I’m really happy and really lucky to be in this position.”

It is unclear, though, whether even qualifying will get Bellemare, or the Germans, into the Games; the N.H.L. has not announced yet whether it will release its players to participate in Pyeongchang.

After the Olympic tournaments, about a dozen of the players will set aside their national loyalties and join a combined Team Europe in Quebec next week for training camp and exhibition games in advance of the World Cup of Hockey. That tournament begins Sept. 17 in Toronto.

Because it is the first of its kind, Bellemare acknowledged that “people don’t know what to expect from Team Europe, but neither do we.”

Team unity and chemistry, he and Reider said, will be a work in progress. But Bellemare said he expected the team — which also includes players like Slovakia’s Marian Hossa and Marian Gaborik and Anze Kopitar of Slovenia — to pull together for games against the likes of the United States, Canada, Sweden and Russia.

“But that’s next week,” Bellemare said. “This week, I want to help France make the Olympics.”