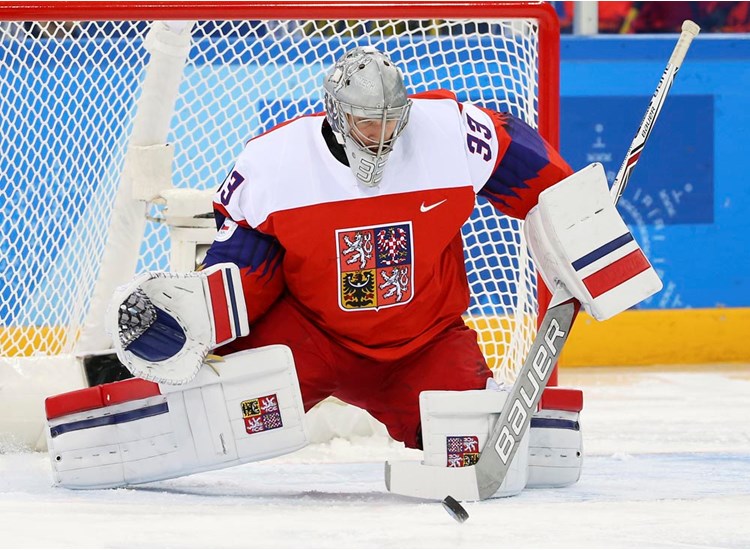 In a short tournament, finding cohesion is critical.

And the Czechs again proved to be a patient group, as they relied on their structure to overturn Switzerland 4-1 on Sunday, finishing the preliminary round unbeaten at 3-0.

“We move to the quarterfinals. That was our goal. We are happy we made it,” said Repik.

The Czechs will take Group A with today’s win, and skip the playoff qualifications.

They entered Sunday as an emerging contender in the Olympic tournament, lifted in the standings by a 3-2 shootout win over Canada the day prior.

The Swiss had one loss and one win on their tournament resume, with a lopsided falter against the Canadians before a trouncing of host Korea.

They remain stuck at third in Group A, and destined to play in the playoff qualifications.

“We have to be honest with each other. We’re still in the tournament here.”

The Czech’s opening goal was scored in the first period on a power play, after some excellent early skating.

Repik punched a one-timer from the slot over the reaching right arm of Jonas Hiller at 7:09.

But the Swiss pushed back.

At 14:47, Thomas Rufenacht evened things up with a heavy one-timer.

It wasn’t a power play goal, but it was close to one, as Tomas Zohorna had exited the penalty box only eight seconds prior.

The Czechs would take eight minutes worth of penalties in the first period, but it ended tied 1-1, with Switzerland outshooting the Czechs 14-8, mainly on the wings of three unsuccessful power plays.

The second period produced no goals, and it was tight until later in the period when the Czechs began to control play.

They outshot Switzerland 11-7 in the second, as the Swiss became weary from continuous Czech possession.

Early in third period Dominik Kubalik broke the 1-1 draw. The 22 year-old Czech snuck in close to Hiller’s right, and deposited a slick Jan Kovar pass into the Swiss net.

Swiss head coach Patrick Fischer pulled Hiller with over three minutes left in the third period, and then again after the first Czech empty net goal, scored by Roman Cervenka.

Repik scored his second of the game, into the second empty net.

Of note, every Czech goal scorer has professional hockey experience for a Swiss club team.