Home crowd a spur in bid for gold

January 14, 2017 / NationalTeamsOfIceHockey / Comments Off on Home crowd a spur in bid for gold 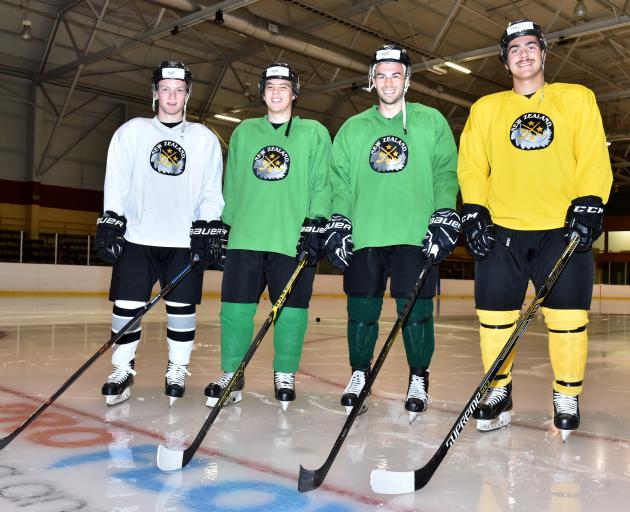 Three Otago players are set to play on the world stage at home.

The Dunedin Ice Stadium will host the under-20 division three world championships this week. While the New Zealand team is excited, the contest shapes to be especially significant for Dunedin Thunder players Felipe Aguirre-Landshoeft and Seamus Leahy, and Southern Stampede player Ben Harford. All three were in the New Zealand team that won gold at the under-18 tournament last year. They are hoping to emulate that feat in front of their family and friends.

“It is pretty cool to be able to play at home,” Leahy said.

“Obviously New Zealand doesn’t have a huge ice hockey base. So it’s cool to actually show your mates what you’re training for and what you’re working for all year round.”

The team arrived yesterday after holding a 10-day training camp in Auckland. It had played three warm-up matches against a New Zealand men’s league invitational team, winning one, and had one left against Iceland. New Zealand will begin its campaign on Monday at 8.30pm against Turkey. It will then play South Africa and Bulgaria on Tuesday and Thursday. A top-two finish in the pool is needed to advance to the semifinals. Captain Mason Kennedy said the team was well prepared, but he did not want to make a prediction as to how it would go.

“We don’t really know what the other teams bring. So we’re going to have to watch over the first few games and see where everyone’s ranking.”

The New Zealand game was more physical than the international one. That was something the players had to adjust to, although Aguirre-Landshoeft said New Zealand was still known as the “hitting team”. It looked to use that in its favour, creating an intimidation factor.

The team’s goal was to win gold and get promoted to division two. New Zealand had done that previously, although staying in the higher division proved challenging. There was plenty of motivation to achieve that goal, particularly for the Otago players.

“The three of us would still be in that team next year,” Harford said.

“So we’d love a shot at seeing what hockey’s like at another step up again.”

That did not dampen the drive for those in their final year in the under-20s, though.

“We all believe heavily in leaving the jersey in a better place than when you take it on,” Kennedy said.

“So I think we’re pretty happy to leave the team better than how we found it.”

The tournament runs from Monday to Sunday. Games begin at 10am and run throughout the day.