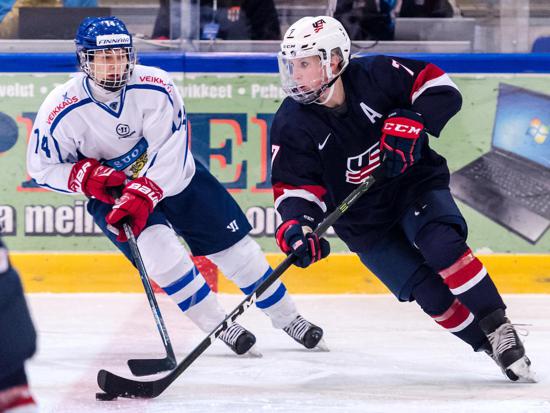 “We had another strong effort tonight and I’m pleased with the way we played and the outcome,” said Ken Klee, head coach of the 2016 U.S. Women’s National Team. “I like the way our team continues to come together and play with a high compete level, especially on back to back nights.”

Team USA controlled the play throughout the opening period, outshooting Finland 13-3, but was unable to beat goaltender Noora Raty. Finland nearly took the lead on a two-on-one rush in the closing minutes of the stanza, but Nicole Hensley (Lakewood, Colo.) made a sprawling glove save to keep the game scoreless entering the first intermission.

The U.S. broke through just 2:15 into the second period when Decker deked around Raty and slid a pass across the crease to Kendall Coyne (Palos Heights, Ill), who poked the puck into the empty net.

Jocelyne Lamoureux-Davidson (Grand Forks, N.D.) extended Team USA’s advantage to 2-0 with a slap shot from the point at 9:09 of the frame.

Megan Keller (Farmington, Mich.) gave the U.S. a 3-0 lead 1:15 into the final period when she collected the rebound from a shot by Decker, and backhanded the puck into a wide open net.

Canada defeated Sweden 3-1 on Wednesday to set up a pair of showdowns with the archrival Americans at the Four Nations women’s hockey tournament.

The first game will close out round-robin play Friday. Since both teams will enter with 2-0-0 records, they have already locked up berths in the championship game Saturday.

Marie-Philip Poulin’s power-play goal at 10:22 of the second period stood up as the winner. Melodie Daoust iced the victory with an empty-net goal with 66 seconds left in the third period.

“We knew we had to get a lot of pucks to the net to have success.”

Hanna Olsson opened the scoring for Sweden at 11:48 of the first period and Haley Irwin pulled Canada even at 14:40. Canada outshot Sweden 13-2 in the opening stanza and 38-13 overall.

Sara Grahn was in net for Sweden while Genevieve Lacasse was the Canadian goaltender. Laura Fortino had two assists for Canada.

“We knew Sweden would come out hard,” Poulin said. “We’re really happy to come out on top here.”

The United States blanked host Finland 4-0 in Wednesday’s other game.

Canada, which opened the tournament with a 3-0 win over Finland, has dropped its last six meetings against the U.S. The world champion Americans haven’t lost to Canada since dropping a 3-2 shootout decision in the 2014 Four Nations final.

“We know it’s really intense every time we play them,” Poulin said. “So we have to play physical, put a lot of pressure on them and a lot of shots.”

Canada has won gold 14 times in the tournament’s 21-year history.

November 2, 2016 / NationalTeamsOfIceHockey / Comments Off on Qualification for Pyeongchang 2018 women’s ice hockey tournament to continue with events in Astana and San Sebastián 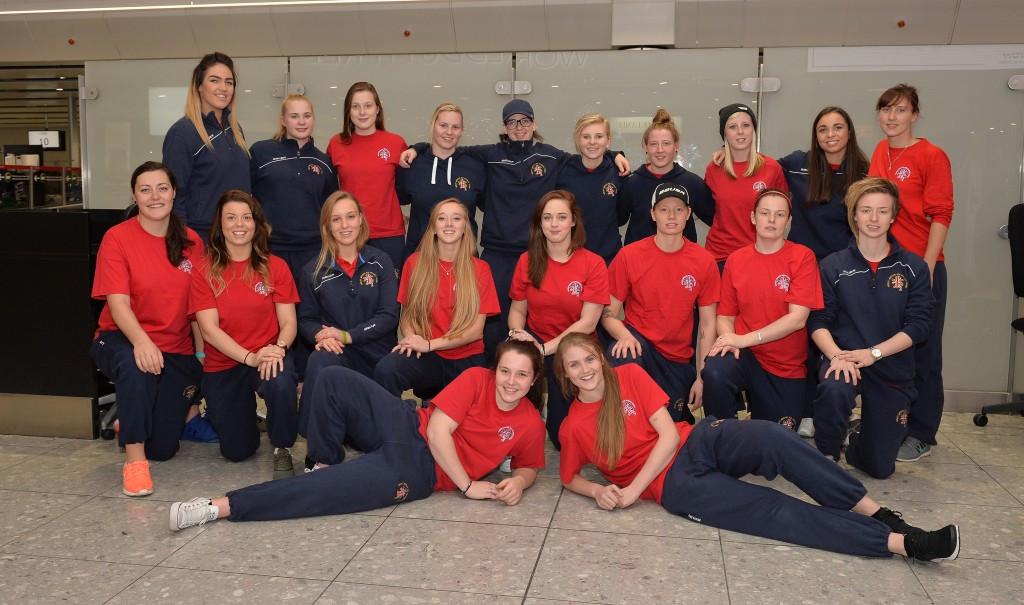 By Daniel Etchells – Inside The Games

Qualification for the women’s ice hockey tournament at the Pyeongchang 2018 Winter Olympic Games is due to continue this week with preliminary round-two events scheduled to be held in Kazakhstan’s capital Astana and San Sebastián in Spain.

Group G hosts Kazakhstan will be competing against Great Britain, Mexico and Poland with the four-day round-robin competition set to begin tomorrow at the Barys Arena.

Action in Group H is due to start on Friday (November 4) at the Palacio del Hielo Txuri Urdin as home nation Spain do battle with The Netherlands, Italy and Slovenia.

The winner of Group G will go through to preliminary round three and take up the one remaining spot in Group E, which already features France, Latvia and China.

The triumphant nation in Group H will also advance to preliminary round three, earning the last place in Group F alongside Norway, Slovakia and Hungary.

Group E is scheduled to be played out in the French town of Cergy-Pontoise from December 15 to 18, while Norwegian city Stavanger is set to stage Group F from December 16 to 18.

Mexico qualified for Group G by winning Group J in preliminary round one at the Ice Dome in Mexico City.

First up for them tomorrow is an encounter with Britain, while Poland meet Kazakhstan.

The opening fixtures in Group H see Slovenia go up against The Netherlands and Italy face Spain.

Six countries have already booked their place in the Pyeongchang 2018 tournament, including hosts South Korea.

The remaining five are assured of a spot due to their International Ice Hockey Federation (IIHF) world ranking, and include Canada, the gold medalists at the last four Olympic Games.