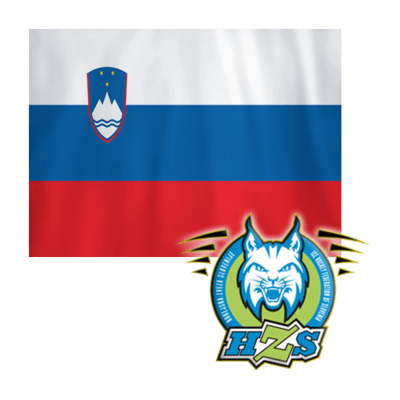 The career of one of the best Slovenian ice hockey players, Tomaz Razingar, officially ended last weekend. The player, who was the country’s flag bearer at the 2014 Olympic Winter Games in Sochi, hasn’t been playing on the professional level since 2015, but his career officially came to an end with the farewell charity game in his hometown of Bled.

“It is nice to see that people cared and still care about you. Thank you to all who were with me on the ice on this summer day. Thank you to all who were with me for over 20 years of my career,” the long-time Slovenian national team captain said and added: “I am happy for all my teammates who succeeded at this beautiful game. If it was not for them and for all the coaches and my parents, who had put me on skates and supported me, and of course my family, who believed in me when many people didn’t, I wouldn’t be standing here today. Hockey is a team sport in which we need to help each other.

Razingar’s farewell game was of a charitable nature, and was marked by many nines – his jersey number. Proceeds from the ticket sale and the auction of game jerseys will go to the maternity ward of the General Hospital Jesenice.

His farewell was opened by the exhibition game of media representatives and photographers. But the highlight of the day was the match between teams of the best Slovenian players from different generations. Razingar’s team was led by former Slovenian national coach Matjaz Kopitar, and the best Slovenian player Anze Kopitar played in it together with some legends of Slovenian ice hockey such as Bojan Zajc, Valerij Sahraj and Dejan Kontrec.

Matjaz Kopitar was also the Slovenian national coach at the Sochi Olympics: “Tomaz was always a team player who never liked to lose. He was always working hard for the team.” And that was paid off in Sochi 2014 where Slovenia earned a historic 7th-place finish.

On the opposite team at Razingar’s game were some of the best Slovenian players of all time such as current national team coach Nik Zupancic, Ivo Jan, Toni Tislar, Miha Rebolj, Drago Mlinarec, Robert Kristan and Marcel Rodman:

“Tomaz is an icon of Slovenian hockey. He proved this not only with his knowledge as a hockey player, but also as a person,” said Rodman, who will add another season with German second-tier team Dresden. “There are not many people who would be able to gather so many players from different generations at a successful charity event. I am certain that we all enjoyed it, both players and spectators, and we jointly paid tribute to Tomaz.”

Although the result was not important in this game, Razingar’s team won 8-4 and “Raza” scored three goals proving that he can still play hockey. In the future he might even become a coach. “I’m still on the ice three times a week, but at this moment, I don’t see myself as a coach. I currently have too many other commitments, but I want all the doors to remain open.”

Razingar just worked on an ice hockey academy together with Anze Kopitar. The new Los Angeles Kings captain finds only nice words for his former colleague: “The most beautiful memory of him is the one from Sochi. I’m happy that he could play at the Olympic Games. He was an extremely sturdy player and was a player for the big games. He was a great leader of our team.”

Apart from the Sochi Olympics he represented Slovenia in 14 IIHF Ice Hockey World Championship events (8 in the top division), most recently in Ostrava, Czech Republic, in 2015.